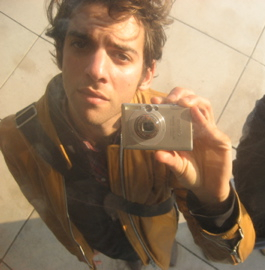 In the Boston Review, David Gorin in his essay "Negative Review: The Claudius App" goes negative on critical take-downs suggesting they are no more honest or free of careerism than so-called positive reviews. Here is an excerpt:

"To my mind, the notion that negative reviews are a dialectical antidote to the vague praise and careerist back-patting often found in poetry reviews is founded on a mistake. There is no good reason to think that negative reviews are ipso facto any more honest, more intelligent, freer of strategy, instrumentality, or profit-motive than positive reviews. Negative is not the same as critical. The negative reviewer is shrewd enough to moneyball the marketplace: he understands that in an economy rife with praise-inflation, vitriol can code as honesty, and ridicule may seem refreshing because it is so rare. His operation risks devolving into spectacle. The idea that negative reviews should be more “honest” or “refreshing” than positive reviews is symptomatic of the fantasy that there might be a place where the dynamics of economy and careerism are suspended, and the voice of truth can pour forth undiluted by ulterior motives. The main problem with negative reviews is that they’re too similar to positive reviews. The poetry criticism I admire most spends less time praising or blaming—which often amounts to leveraging the reviewer’s cultural capital and verbal virtuosity to muscle readers into assimilating that reviewer’s taste—and more time describing and contextualizing with intelligence and gusto. Of course, no reviewer could ever remove his taste or politics from his descriptions; the very choice of an object for attention is a function of such things. But I think we’d all learn a lot more about what’s happening in poetry if reviewers leaned less heavily on overt statements of aesthetic judgment, positive or negative, and more on close analysis." Thanksgiving is already upon us! I have a few readings coming up over the next week.

I will be reading Wed. Oct. 16,  7:30 pm, at the Landon Branch of the London Public Library, 167 Wortley Rd as part of the Poetry London Reading Series.

The following day Thurs. Oct. 17, I am heading to Hamilton to give readings from 4:40-5:30 pm at Redeemer University College  and later that night 7:30-9:00 pm at Bryan Prince Bookseller, 1060 King Street West for the Hamilton Poetry Society.

I will be reading poems from my last book Winter Cranes published by ECW Press as well as some new work. All are welcome.
Posted by Chris Banks at 6:02 PM No comments: