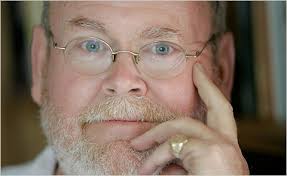 I was living in Seoul South Korea teaching English to kindergarten students when my American room-mate gave me a copy of Thomas Lynch’s book of essays The Under-taking: Life Studies From The Dismal Trade. I had never heard of Lynch before, as this was long before I came to a book-by-book appreciation of his tremendous skills as a master elegist and a genius of blank verse, but those essays stuck with me. Perhaps this was because I was still ploughing through my first manuscript writing poems akin to small epitaphs to my own estranged childhood in Southwestern Ontario.

All I knew about Lynch was that he was an under-taker from a small Michigan town, and an American poet, but his cogent thoughts about the lessons the living take from the dead were a revelation. In an essay entitled “Mary & Wilbur”, Lynch accounts for people’s impulse to memorialize by saying:

“We need our witnesses and archivists to say we lived, we died, we made this difference. Where death means nothing, life is meaningless. It’s a grave arithmetic. The cairns and stone piles, the life stories drawn on cave walls, the monuments in graveyards, one and all, are the traces left of the species before us—a space that they’ve staked out in granite and bronze. And whether a pyramid or Taj Mahal, a great vault in Highgate or a name on The Wall, we let them stand. We visit them. We trace the shapes of their names and dates with our fingers. We say the little epitaphs out loud. “Together forever.” “Gone but not forgotten.” We try to reassemble their lives from the stingy details, and the exercise teaches us something about how to live” (117).

Lynch is talking here about the covenant the living make with the dead—the need to remember so we may, in turn, be remembered—but he could just as easily be talking about poetry which has traced these grand themes with its own fingers too.

What I like about Lynch’s prose, and his poetry for that matter, is his nostalgic eloquence but also the ever-present mindset of the small town undertaker. A dispassionate voice that never preaches, never sentimentalizes, and reminds us there are some things in life from which there can be no deliverance.

No doubt the Reverend Ainsworth read from Job
Over the charred corpse of the deacon’s boy
To wit: “Blessed be the name of the Lord”
Or some such comfortless dose of holy writ
That winter morning after the house fire
Put all the First Congregationalists
Of Jaffrey Center, New Hampshire
Out weeping and gnashing, out in the snow
Whilst the manse at Main street and Gilmore Pond Road
Blazed into the early Thursday morning.
God’s will is done as often without warning
As with one. Either way, Revere His laws
Is cut into the child’s monument
To rhyme with a previous sentiment:
Cease, Man, to ask the hidden cause. As if
The answers ever were forthcoming. So
Little’s known of young Isaac A. Spofford—
His father, Eleazar, his mother, Mary,
His death on the thirteenth of February
In Seventeen Hundred Eighty-eight.
A brand plucked from the ashes reads the stone
Of Rev. Laban Ainsworth’s house; which frames
The sadness in the pastor’s burning faith,
In God’s vast purposes. As if the boy
Long buried here was killed to show how God
Makes all things work together toward some good.
And yet the stone’s inquiry still haunts:
Oh say, grim death why thus destroy
The parents’ hopes, their fondest joy—
Or say, instead, grim death destroys us all
By mighty nature’s witless, random laws
Whereby old churchmen, children, everything—
All true believers, all who disbelieve,
Come to their ashen ends and life goes on.

What can one say when calamity strikes and our children meet untimely ends? A burning faith in God or the shaking of one’s fist at “nature’s witless, random laws” will accomplish very little. Whatever your belief system or lack of it, death simply does not care, for no one thing will bring back the promise of a child that has been taken too early to his grave. This is what the poem is saying. Why did this happen? Because. And life goes on.

This is not to suggest everything is quite so gloomy in Lynch’s essays and poetry for every death is also a solid affirmation life is for living. Life can be taken away at any moment. The question then becomes how to live? I will let Lynch himself answer that question from another of his remarkable essays called “All Hallow’s Eve”:

“Revision and prediction seem like wastes of time. As much as I’d like to have a handle on the past and future, the moment I live in is the one I have. Here is how the moment instructs me: clouds afloat in front of the moon’s face, lights flicker in the carved heads of pumpkins, leaves rise in the wind at random, saints go nameless, love comforts, souls sing beyond the reach of bodies” (148).

If you enjoyed the poem “Oh Say Grim Death” and the essay excerpts by Thomas Lynch, please pick up his latest collection Walking Papers and The Undertaking at your local bookstore.
Posted by Chris Banks at 10:28 AM