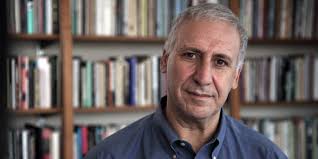 Above my computer desk where I sit and do the lion-share of my writing hangs an essay written by Gregory Orr called “The Making of Poems” which has strongly influenced my thinking about the uses of poetry. I try to read lots of essays about poetry, and recently have endeavored to write my own poetic commentaries through this blog, but where Orr’s essay differs from most prose written about poetry is in the simplicity and insistence of his message.

He writes in his first sentence: “I believe in poetry as a way of surviving the emotional chaos, spiritual confusions and traumatic events that come with being alive.”

God knows no poet in the current climate in Canada would write something so revelatory and unfashionable for fear of internet finger-wagging, but deep down beneath our stony demeanors and gold-plated bullshit detectors, I think most of us still believe in the ultimate truth of this statement.

We would just never say so on the record.

Indeed, that word surviving has become troublesome in Canada because of its all too obvious associations with Margaret Atwood’s landmark study of Canadian literature Survival published in the 1970’s. The words survival and surviving have become a kind of shorthand for a prescriptive new generation of critics to dismiss something as purely sentimental, plain, or uninspired.

Now, I am not suggesting that poems that are clearly sentimental, plain or uninspired are nowhere to be found. Look anywhere in Canada, or the world for that matter, and you will find poems that span the whole spectrum from self-indulgent twaddle to self-effacing ostentation being written and being written badly.

However, I suppose what I am saying is that despite the various peregrinations Canadian poetry has undertaken in the last four decades, and no matter how aestheticized or self-divided the debate has become in recent years, poetry’s openness to human experience and its ability to translate that experience into something meaningful should never be forgotten. We forget this truth at our own peril.

Despite what some others would have us believe, reading a poem is not simply a surface tallying of technique, as there is always a shared emotional aspect to any worthy poem. At least, this is what I intuit from any poem that stays longer with me than the time it takes to read it.

Take for example, a poem by Ed Hirsch I first read in his book The Night Parade several years ago and can now be found among the pages of his new and selected poems The Living Fire which came out with Knopf earlier this year (click this link for a terrific interview with Hirsch).

For several months after purchasing Hirsch’s new book, I found myself thumbing through its pages looking for the poem “Execution” printed below:

The last time I saw my high school football coach
He had cancer stenciled into his face
Like pencil marks from the sun, like intricate
Drawings on the chalkboard, small x's and o's
That he copied down in a neat numerical hand
Before practice in the morning. By day's end
The board was a spiderweb of options and counters,
Blasts and sweeps, a constellation of players
Shining under his favorite word, Execution,
Underlined in the upper right-hand corner of things.
He believed in football like a new religion
And had perfect unquestioning faith in the fundamentals
Of blocking and tackling, the idea of warfare
Without suffering or death, the concept of teammates
Moving in harmony like the planets — and yet
Our awkward adolescent bodies were always canceling
The flawless beauty of Saturday afternoons in September,
Falling away from the particular grace of autumn,
The clear weather, the ideal game he imagined.
And so he drove us through punishing drills
On weekday afternoons, and doubled our practice time,
And challenged us to hammer him with forearms,
And devised elaborate, last-second plays — a flea-
Flicker, a triple reverse — to save us from defeat.
Almost always they worked. He despised losing
And loved winning more than his own body, maybe even
More than himself. But the last time I saw him
He looked wobbly and stunned by illness,
And I remembered the game in my senior year
When we met a downstate team who loved hitting
More than we did, who battered us all afternoon
With a vengeance, who destroyed us with timing
And power, with deadly, impersonal authority,
Machine-like fury, perfect execution.

There is much to love about this poem: the hard-shifting rhythms, the keen perceptions and the perfectly lucid imagery. But this is not why for me I find the poem sufficiently affecting. It is also the intensity of feeling and reverential treatment of Hirsch’s own life experience, the elegizing of an old high-school coach as a subject of monumentality, which affirms the poet’s life as meaningful and the poem, an act of self-creation, as his only defense against the “impersonal authority, / Machine-like fury” of reality and death which are constantly attempting to annihilate him.

It should be said that part of poetry’s undeniable currency is in the connection it creates between poet and audience. This poem is no exception, of course, as is it reminds me of my old high-school vice-principal Ken Leyshon who was also the school’s football coach. I heard later that he died of cancer in his retirement which was troubling for me as he was the single-most physically fit person I had ever seen.

To quote from the same essay I began with, Gregory Orr writes: “An additional miracle comes to me as the maker of poems: Because poems can be shared between poet and audience, they also become a further triumph over human isolation.” I believe this unequivocally after twenty years of attempting to write poems, but I understand that others do not see it quite this way and wish to keep art separate from reality out of a belief that it makes it easier to judge a poem’s merits. To them, I say again: the writing of all poetry is personal and reducing it to mere aesthetics is empty rhetoric. A poet who truly wishes to introduce either the beautiful or the ugly, the profound or the problematic, into a poem can only do so by adding his own personal experience and private feeling to impress the language.
Posted by Chris Banks at 11:38 AM 1 comment:

Basho from The Knapsack Notebook 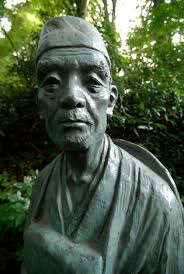 “Within this temporal body composed of a hundred bones and nine holes there resides a spirit which, for lack of an adequate name, I think of as windblown. Like delicate drapery, it may be torn away and blown off by the least breeze. It brought me to writing poetry many years ago, initially for its own gratification, but eventually as a way of life. True, frustration and rejection were almost enough to bring this spirit to silence, and sometimes pride brought it to the brink of vanity. From the writing of the very first line, it has found no contentment as it was torn by one doubt after another. This windblown spirit considered the secularity of court life at one point: at another, it considered risking a display of its ignorance by becoming a scholar. But its passion for poetry would not permit either. Since it knows no other way than the way of poetry, it has clung to it tenaciously.

Saigyô in poetry, Sôgi in linked verse, Sesshû in painting, Rikyû in the tea ceremony—the spirit that moves them is one spirit. Achieving artistic excellence, each holds one attribute in common: each remains attuned to nature throughout the four seasons. Whatever is seen by such a heart and mind is a flower, whatever is dreamed is a moon. Only a barbarian mind could fail to see the flower; only an animal mind could fail to dream a moon. The first task for each artist is to overcome the barbarian or animal heart and mind, to become one with nature. “ (53)