The Silly Wars About Free Verse 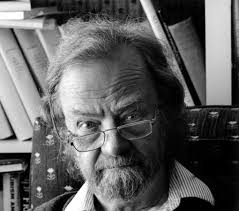 I have been rereading Donald Hall's excellent collection of essays Breakfast Served Any Time All Day and stumbled upon this gem where Hall talks about the all too familiar practise of undermining legitimate free verse by calling it "prose" which is still business as usual here in Canada:


"When a critic takes a lined poem and prints it as prose, in order to show that the poem is inferior, he tells us nothing about the poem. A reviewer in the Hudson Review tried to denigrate poems by Charles Simic and John Haines by printing them as prose. Such a critic reveals that he is ignorant or disingenuous. Back in the silly wars about free verse, toward the end of the First World War, American critics who wished to prove that free verse was only prose took poems by Ezra Pound (or Amy Lowell) and printed them as prose. 'See,' they said triumphantly, like the man in the Hudson Review, 'it’s only prose.' They only proved that they had no sense of the Line." (45)

-Donald Hall from the essay “Journal Notes”
Posted by Chris Banks at 4:36 PM No comments: