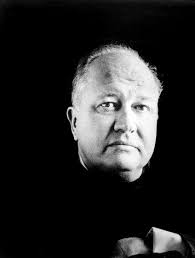 Great teachers are not necessarily systemic thinkers.
The very act of teaching is against this.
-Theodore Roethke

What I learned as a student I have learned also as a teacher, and the most important lessons have been an acceptance of one’s failures and a willingness to take risks.

Philip Levine in my last post suggested teachers do very little but that is not always true. There are teachers who do make a difference. Perhaps it is not every day or even every term as Hollywood movies would lead us to believe but they are there. Teachers who cast a wide net over the inherited traditions of our modern poetry and weave a series of connections back and forth between poems so as to guide their students to the writers that are right for them. Teachers who are both selfless and unapologetic about challenging their students’ thoughts on what constitutes good poetic practice, and who push their students past their points of resistance to cut a line or a stanza out of a poem to see the actual being of a poem take shape.

It is my belief creative writing teachers can cultivate within their classrooms a sense of community, collegiality and criterions of excellence.

Such a teacher was Theodore Roethke who was by all accounts a brilliant teacher who taught several students — Carolyn Kizer, Richard Hugo, James Wright, Jack Gilbert, Tess Gallagher, and David Wagoner – who went on to have notable careers as poets. Carolyn Kizer’s foreword to Roethke’s book On Poetry & Craft conveys both Roethke’s famous passion for teaching and the rigorous demands he would make on his students:

“Roethke was an extraordinarily rigorous critic, and if you couldn’t take it, you didn’t learn much. For example, he said the real test was that every line of a poem should be a poem. That’s about as tough as you can get. I apply that to my own work and sometimes just throw up my hands. But I find it’s extremely useful in getting rid of connectives, passive constructions, surplus adjectives, and words that don’t have any particular energy in them.” (5)

And later from the same essay:

“One of Ted’s greatest attributes as a teacher is that none of us who studied with him write at all like Roethke. If Ted caught any of us imitating him we never did it again. He would tease us mercilessly.” (9)

Even Philip Levine who says teachers are not as important as the mix of students in a writing program left an impression upon his students, especially Larry Levis who entered his classroom at eighteen and went on to become a lifelong friend. Levis in his homage to his teacher and friend, “On Philip Levine” found in his prose collection The Gazer Within, speaks about what made Levine such a talented teacher of creative writing:

“What still strikes me as amazing, and right, and sane, was his capacity to share all that energy, that fire, with those around him: students and poets and friends. The only discernible principle I gathered from this kind of generosity seems to be this: to try to conserve one’s energy for some later use, to try to teach as if one isn’t quite there and has more important things to do, is a way to lose that energy completely, a way, quite simply, of betraying oneself. Levine was always totally there, in the poems and right there in front of me before the green sea of the blackboard.” (28)

Whenever I feel like I’m sinking in the muck and dreck of marking, paperwork and bureaucracy that attends all teachers at certain times of the year, this is the passage that returns to me, again and again, seemingly of its own volition, as if to remind me teachers do make a difference in the lives of their students.
Posted by Chris Banks at 7:48 AM