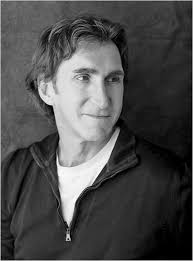 Well, I am back from the holidays and I having been reading Jason Shinder’s poems from his book Stupid Hope with much enthusiasm these last few days. Like many, I have a fondness for clever, audacious imagery, the kind of images that shake up your world and leave their impression so thoroughly upon your imagination that you bear their watermark in your memory. Notice, for instance, the dazzling opening lines of Shinder’s poem “The Alder Tree”:

When I think of how my mother shut down—

in the laboratory of the mad scientist who everyone

goes out of their way to avoid.

How anyone can make such disparate images adhere to one another is beyond me but Shinder manages this feat with extreme delicacy in this collection of poems which was published post-humously after Jason Shinder passed away earlier last year.

As I am a teacher by profession, I often begin teaching poetry to my students with a definition coined by the poet and essayist Stephen Dobyns who said in the preface of his book Best Words, Best Order that “a poem is a window that hangs between two or more human beings who otherwise live in darkened rooms”.

Up until a few months ago, I had not an accompanying poem I felt fully illustrated or illuminated the truth of Dobyn’s statement to my satisfaction. That is, until I read Jason Shinder’s poem “Eternity”.

comes to life on a page in a book

and the woman reading the poem,
in the silence between the words,

in her kitchen, filled with a gold, metallic light

by someone—and every time the poem is read,

no matter her situation or her age,
this is more or less what happens.


I find this a wonderfully adept little narrative poem and, as such, I am not going to say anything else about it as I think it speaks for itself. As the poet and critic Mark Jarman has stated so eloquently in his essay “Narrative Beauty”, “If there is a story to be told in a poem, narrative is the river it rides on. As lyric beauty is in the singing, narrative beauty is in the telling.” (174)

I urge you to go out and buy a copy of Jason Shinder’s Stupid Hope for yourself as it deserves many readers and many readings.
Posted by Chris Banks at 7:02 PM