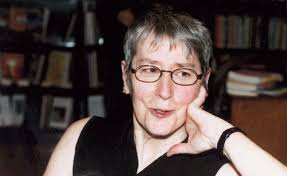 Last month, I wrote a piece about aesthetic tribalism in Canada as I see it, and how such a mentality is actually dangerous when introduced into our poetry criticism, for if we are to expect other nations to take an interest in the poetry produced in Canada, the aesthetic stances of our nation’s critics need to be pushed aside and a more objective approach that takes into consideration a poet’s intentions needs to be adopted.

To my mind, we have far too many critics dismissing books under review based not on the poetry’s substance but on the poet’s style.

Zachariah Wells, a critic who puts the Neo in New Formalism, and several of his more ardent supporters followed hard on that initial post of mine with a willful misreading of the word “intention” suggesting I wanted critics to somehow divine a poet’s thoughts which they see as being divorced from the actual poetry.

To help him and others who apparently think intention and objectivity are mutually exclusive terms that cannot be applied to the analysis of poetry, here is a thoughtful piece aptly entitled “Poetry and Intention” by the American poet Mary Kinzie excerpted from her book A Poet’s Guide To Poetry (an essential resource for any serious poet):

“When we appreciate style as the subtle medium of sense, we can see how the way works are written also discloses the meanings these works of art intend. Meaning in poetry is imbedded in the saying.

Such meaning in poetry does not just happen: It is the product of a trained writer’s strength, all of which in one way or another is formed and fueled by intention. In art, it is only by intending a saying, with all of its effects of meaning, that a work in words can become a coherent piece of literature. Similarly, it is only by imagining how artistic intention grows through the work that a reader can get inside it” (34).

Poetry criticism should not be about the imposing of one aesthetic style over another, or one reviewer’s attempts to franchise his own set of poetics across a nation as if it were just another fast-food commodity. This cheapens all poetry and creates an atmosphere where literary magazines in Canada begin acting as mouthpieces for a few small presses who in turn publish those poets affiliated with those same magazines creating one giant feedback loop. Their audiences are essentially themselves.

Our criticism should be larger than that. It should not be the shallow pool of tribal politics.

As Kinzie states, to think about the intentions of a poet is one of the most important tasks for the contemporary reader for it rejoins “meaning to its fashion of saying” (34) which, any way you slice it, is an integral part of writing criticism.
Posted by Chris Banks at 11:49 AM