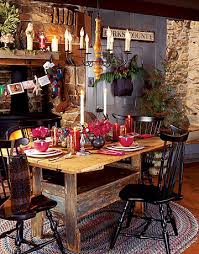 I am taking the next two weeks off from blogging here at Table Music. I would like to thank everyone who has visited this site and participated in its discussions. My initial reluctance to blog was entirely unfounded as I have enjoyed many lucid conversations, both public and private, with new friends from across Canada and from south of the border.

In the spirit of the holidays, here is a poem of mine called "Darkening" from my unpublished manuscript Winter Cranes. It was included on the long list by A.F. Moritz for the anthology The Best Canadian Poetry 2009 after also being picked as an editor’s choice poem by Peter Richardson in Arc Magazine’s 2008 Poem of the Year Contest. I hope you enjoy it and I will see everyone in the new year.

The simple joy of riding with good friends
in a car coming back from a barn dance
on the edge of a great lake in mid-March,
driving through falling snow on blizzarding
country roads, past farms, silos, cattle barns
recessed in deep shadows as Stand By Me
spills from the radio. But on that night,
our car hit black ice, and skittered across
the road’s slick surface like a water-bug
twenty odd yards, before coming to rest
in a snow-bank beside an old farmhouse.
A man appeared out of the dark, walking
down his laneway. He asked if anyone
was hurt. Were we okay? Seeing the car
was undamaged, he said he could tow it
out with an old tractor. I remember that
night walking up the road, a hundred yards
or more, in the moonless dark, without so
much as a flare or a flashlight to wave down
passing cars, wondering why my friends
and I had survived the crash. Wondering
why I was not dead. I can still see myself
standing impatiently, wind barrelling
across fields, over snow-fences, the wind
licking raw the flesh beneath my jacket
trying to hail the drivers of three cars
not bothering to stop, not quite certain
whether they saw a figure half-glimpsed
in the helixing snow at that late hour,
a messenger risen up from the ground,
to warn them of some impending hazard
until too late they found an old tractor
upon the road. And what I remember
of that night will not call back anyone
from the past. Not the vehicles swerving
to carve a wide groove in a winter field
crusted with thin ice and eddying snow.
Not the old man on the tractor cursing,
his breath rising, a white scar, mixing in
plumes of diesel smoke in the chilly air.
Not even my younger self whom I see
standing roadside like an apparition
as he turns his body to stare back down
the dark hallway of a moment ago.