Envy Of Other People’s Poems 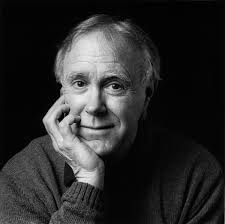 As I said when I began this blog a few months ago, my purpose for starting it was to write about those poems by other poets that have always haunted me, that have wrestled with my own imagination, especially those with daemonic images I have carried with me for a long time out of their originating poems so I find I am never quite free of them.

Such poems are a “gift” as I talked about in my last post, but they can also be a burden if one finds himself lucky or unlucky enough to be a poet too, for there is always that spur of suggestion pricking the back of one’s intent, making it all too tempting to model one’s own poems on the inimitable, ineluctable qualities of another poet’s voice.

If one is serious about poetry, envy of other poets’ poems is unavoidable. This is how it should be.

However, if a poet merely apes or emulates another poet’s writing style and “clears [no] imaginative space” for themselves, that envy which sometimes leads to inspiration more often leads to modern derivatives. A culture of knockoffs. This is the premise of Harold Bloom's landmark work of poetry criticism The Anxiety of Influence.

I think part of the reason I have begun to talk candidly about other poet’s poems on this blog is to help me examine how much influence they may have had on my own writing. Certainly, one American poet whose poems have affected me abundantly is the poetry of Robert Hass, and one poem in particular from his latest collection Time And Materials has inspired this post. It is entitled, aptly enough, “Envy of Other People’s Poems”:

Envy of Other People's Poems

In one version of the legend the sirens couldn’t sing.
It was only a sailor’s story that they could.
So Odysseus, lashed to the mast, was harrowed
By a music that he didn’t hear—plungings of sea,
Wind-sheer, the off-shore hunger of the birds—
And the mute women gathering kelp for garden mulch,
Seeing him strain against the cordage, seeing
the awful longing in his eyes, are changed forever
On their rocky waste of island by their imagination
Of his imagination of the song they didn’t sing.


Not one to shy away from difficult subject matter, Hass goes right to the source and spring of all Western poetry: The Odyssey. But what makes Hass’s poem so enjoyable, quietly authentic and able to withstand the crushing weight of Homer’s legacy is the swerve he introduces into his poem through his creative misreading of the original source material.

In Hass’s version of the myth, the talismanic voices of the sirens are only a sailor’s story. It is the influence of other imaginations, and not the sirens themselves, which is the true agency of transformation in the poem. This is the harrowing music Odysseus must resist by lashing himself to his mast, and by extension, if we are to read anything into Hass’s choice of title, it is also the awful song modern poets must strain against in order to avoid having their poetic aspirations dashed upon the craggy rocks of an earlier poet’s genius.

If you are like me and find yourself a little jealous of Hass’s “Envy of Other People’s Poems”, pick up his latest collection Time and Materials published by Ecco.
Posted by Chris Banks at 3:56 PM