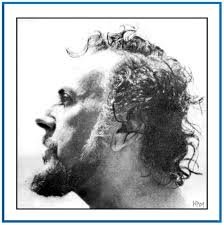 Poets do not appear to be writing as many small lyric poems in Canada as they once did, probably out of a misguided notion that such poems are slight and without substance, or out of a fear they will be pounced upon, which is a terrible shame because they can be really quite lovely. The best small lyrics can be carried around in your head all day to be puzzled over like a riddle, or held up against the light like a polished gem.

In his essay Ritsos and the Metaphysical Moment, American poet and essayist Stephen Dobyns pinpoints what makes a small lyric poem truly excellent is the metaphysical connection it creates between what is known and what is unknown. Take, for instance, his consideration of the poem “Triplet” by Yannis Ritsos:

As he writes, without looking at the sea,
he feels his pencil trembling at the very tip—
it’s the moment when the lighthouses light up.

For Dobyns, the lighting of the lighthouses “is neither rational nor scientific. It is not governed by what we might think of as logical systems of cause and effect. It suggests a series of sympathetic affinities and a sensitivity to these affinities on the part of the poet.” He calls this metaphysical moment the introduction of a “mystery” but he could just as easily have described it as that aspect of the imagination or subconscious which suddenly enters a poem. Dobyns explains that this mystery “is communicated with the ripple effect of a stone dropped in a pond” and I quite agree.

One of my favorite poems that works like this one is by the fifteenth century Zen master Ikkyu as translated by Stephen Berg:

this ink painting of wind blowing through pines
who hears it?

For me, this poem ripples forward through time creating a metaphysical moment that connects the ancient poet to our present. The mystery he introduces is the larger question he poses which widens to include all poets who have ever felt "the intense profound sharp longing to make a true poem", as Roethke once described it.

Another favorite short lyric poem is by the American poetry master Hayden Carruth who passed away last year. He wrote many, many poems in every imaginable form including some marvelous haikus like this one:

Hey Basho, you there!
I’m Carruth. Isn’t it great,
so distant like this?

This poem always makes me smile because it is so full of the poet’s obvious delight but a real seriousness too. In contrast to Ikkyu’s poem, Carruth’s poem ripples backward to catch Basho unawares and they smile mischievously at one another across the great expanse of time. The metaphysical connection in this poem collapses past and present, influence and tradition, so that two poets can momentarily talk to one another as equal participants in poetry. How wonderful.

Lastly, one of my favorite collections of small lyrics is Thirty-seven Small Songs & Thirteen Silences by Jan Zwicky published by the terrific Gaspereau Press. Take, for instance, the ‘sympathetic affinities’ created in this poem:

It’s the first lesson, loss.
Who hasn’t tried to learn it
at the hands of wind or thieves?
Yet my heart grows old
not knowing. Things:
their fragility, their faithfulness.
Who will love you now?

If loss is indeed the first lesson, what saves the poet from the deeper sadness that human existence is finite and our lives impermanent? The answer is the fragility and faithfulness of things. The poet has grown old having not learned loss because the writing of poetry is also an act of renewal. Things may fade from one’s life but ultimately the imagination brings new things to take their place. The question posed at the end of the poem “Who will love you now?” ripples out to include everyone and invokes what happens at the moment of writing. The poet has asked a question of the imagination and is waiting for an answer. This is the metaphysical moment. The world of sympathetic affinities. I imagine it to be the moment the lighthouses light up.
Posted by Chris Banks at 7:57 PM