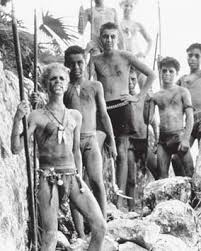 In the July/August 2009 issue of the American Poetry Review, Tony Hoagland wrote a provocative essay about Dean Young and his emulators which has started me thinking about the various poetry camps we see here in Canada. In a section of his essay called “Followers”, Hoagland writes, “We are living in a time of poetic explosion; the university creative writing systems have not just trained a lot of young poets in literary craft, they have fermented these young artists in a broth of language theory, critical vocabulary and aesthetic tribalism, which the age apparently demands.”

It was the phrase “aesthetic tribalism” which jumped out at me because we are seeing this on a number of fronts here in Canada: the new formalist movement, the experimental avant-garde set, the smart-alecky surrealists, and, of course, the shadowy cabal of lyric-narrative poets which have been apparently running everything, including the CBC, since the 1970s. I jest.

In some ways, I think aesthetic tribalism in Canada is just an outgrowth of the old garrison mentality, a catchy term first coined by Northrop Frye. Today, poets choose their “forts” not based on place but based on the like-minded people they find within them. They serve as communities and communities are necessary to all poets.

I think where the real problem lies, however, is when there is little or no interaction between these various groups. I say this for once the doors of these gated communities are thrown open, the more partisan among us panic. Seeing the world outside as either indifferent or entirely hostile towards poetry, they form a kind of press gang mentality looking for fellow initiates or sycophants, cannabalizing all those who dare not agree with their point of view.

This is especially of concern when this becomes an entrenched attitude as it has been in recent years amongst some reviewers. Most poetic forms are arbitrary and anyone who attacks or trivializes another poet’s work for not working within the same set of poetic conventions or formal restraints as themselves is either a propagandist or a pretender. Such talk simply propagates the pointless form versus content argument. Reviewers should be asking of every poetry collection they read what is the intent of the poet? How well have they used image, language, metaphor, thought, musicality, emotional sensation to embody one’s consciousness within a poem, or to unfold one’s human experience, or to manifest a desire to transcend one’s circumstances, or to break down the barriers that exist between one’s private life and the world at large?

Whatever the goal is of the particular poet, I think it is the duty and responsibility of any reviewer to understand how the poetry is working before passing judgment on its merits. That way, even if a book is reviewed negatively, the review will serve as a dialogue and not merely as a shallow denouncement.

We need more honest reviewers in this country who will read poetry, all poetry, with this kind of high-minded seriousness. What we do not need is anymore influence-peddlers or favour-traders or ass-kissers. We get the critical culture we demand of our critics, and of our magazines, for that matter. Besides, there are no winners when aesthetic tribalism attaches itself to critical circles. Look at any anthology from thirty years ago and you will see how quickly literary reputations die and fade away.

Ultimately, aesthetic tribalism is a useful term to describe a series of smaller communities found within the larger poetry community in Canada, but as a nationalist pursuit found within the book reviewing status quo, it is about the homogenization of literary culture, and robs poetry of its natural tendencies toward innovation and change.
Posted by Chris Banks at 4:25 PM